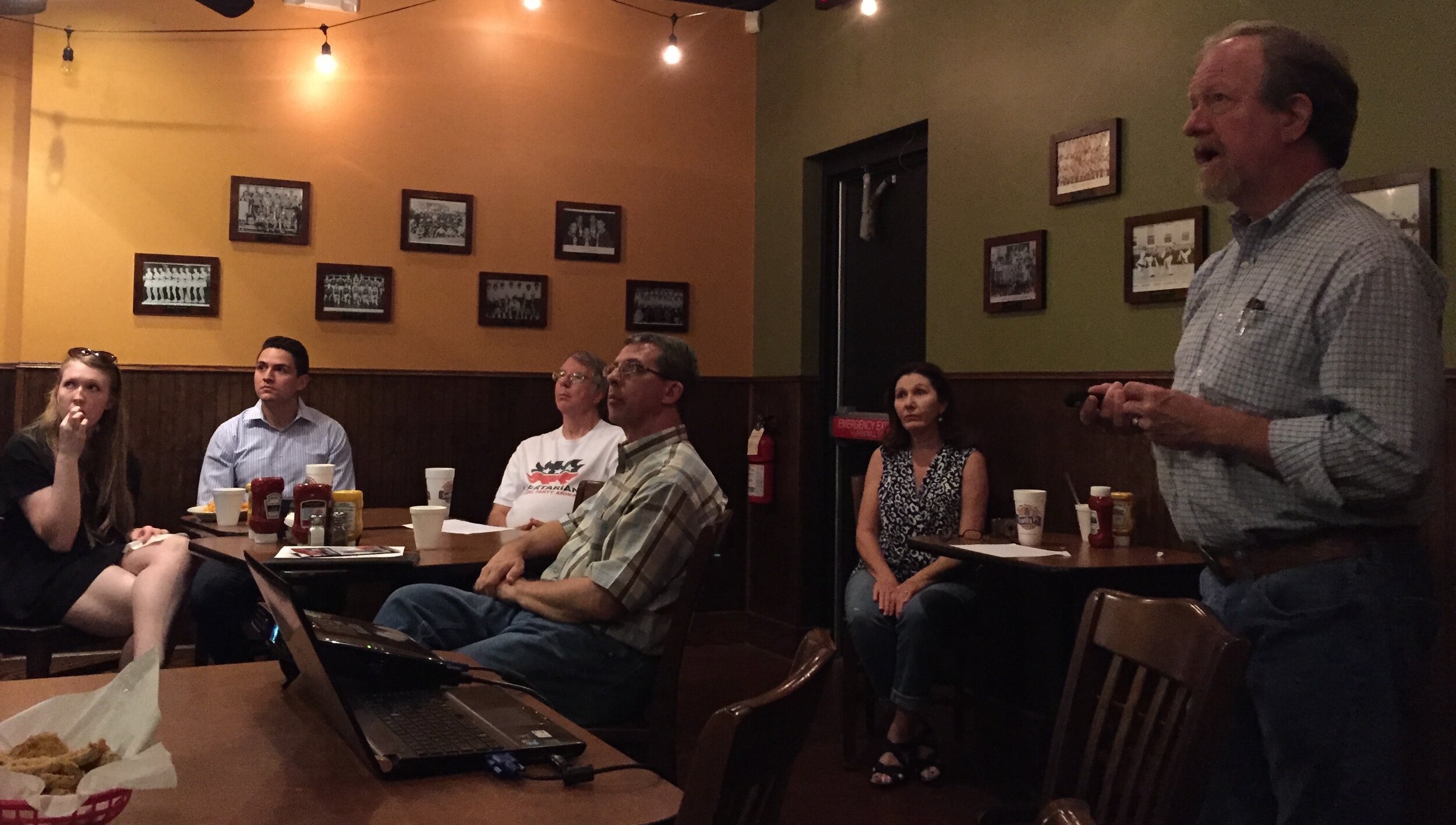 In attendance were about a dozen local party members as well as three representatives of the Collin College Chapter of the Young Americans for Liberty.Mark shared with us his thoughts on the history of the commission and ideas for what should be done about it in the future. A few of his main points were:

Oil and gas and the texas railroad commission from Mark Miller