Over the coming weeks, we will be serializing the Libertarian Manifesto of Collin County Libertarian Party member Albert Meyer. Albert has been kind enough to share this with us. We hope you find it useful. [Note to readers: This document is less than perfect. I eagerly look forward to a more perfect and complete manifesto from those who are better qualified for the job. If this piece prompts such a response, then I’ve achieved my objective. You can borrow liberally from this document, without attribution.] 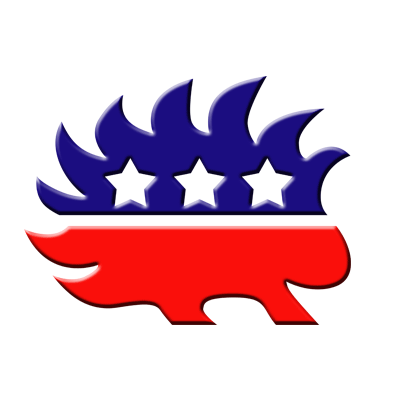 Political parties and politicians like to talk in generalities and avoid anything specific that might actually enhance our rights and liberties. Politicians typically say things like “Let’s tackle our debt, fix the tax code, reform the legal system, give parent more choices to better educate their kids, defend the Constitution, etc.” Apparently these sound bites are enough to rally support for the two main parties. Nothing of substantive needs to be done, just offer vague promises or affirmations of faith in conservative/liberal causes.For the Libertarian Party to grab the attention of voters, and especially the politically ambivalent, that is, the 40 million who do not bother to vote in Presidential elections, and the politically disillusioned in the two main parties, something of substance with broad appeal needs to be communicated emphatically at national level.To this end, I put forward a Libertarian Manifesto which I hope the Libertarian Party’s presidential candidate will consider and convey in some form or other to voters in the run-up to the 2016 election.

If you are under 40, you should have a choice to opt out of Social Security. The other parties will promise to tweak the system. This could take decades, knowing how Washington operates. Instead, we should leave the broken system as it is, but you will be given a choice. We are confident this initiative will be a catalyst for the insurance industry to offer a competing product that will embody a cast-iron contract, with provisions, conditions and predetermined retirement payouts that will not and cannot change in future years.Currently, the Social Security Administration promises you that:

Your estimated benefits are based on current law. Congress has made changes to the law in the past and can do so at any time. The law governing benefit amounts may change because, by 2033, the payroll taxes collected will be enough to pay only about 77% of scheduled benefits.

This is another way of saying that when properly calculated, according to the accounting rules used by public companies, the Administration is more than $90 trillion in the hole (see usdebtclock.org). Why would anyone voluntarily pay his or her hard-earned wages (15% of it because the employer contribution is also employee earned) into such a shady operation, with so many caveats? Perhaps only because they are forced to do so. We will bring choice into the equation.[Note: This issue cuts across ideology and party platforms. It’s a sure fire vote catcher. How will we make up the lost revenues? The answer comes in the following weeks.]