This is the second installment of the Libertarian Manifesto of Collin County Libertarian Party member Albert Meyer. Albert has been kind enough to share this with us. We hope you find it useful.

The war on drugs is a total failure. Washington won’t admit it. It has given rise to a huge government bureaucracy with a total cost, federal and state, of about $45 billion per year (see drugsense.org). The states are waking up and voters are normalizing the drug laws, state by state, exactly as our Founding Fathers’ envisioned. While the voters in each state reform the drug laws for the better, a presidential pardon should be granted to every person who was convicted of a non-violent drug crime to acknowledge that the Federal government overstepped its bounds and turned individuals with an addiction problem into criminals. It is and was a gross injustice. 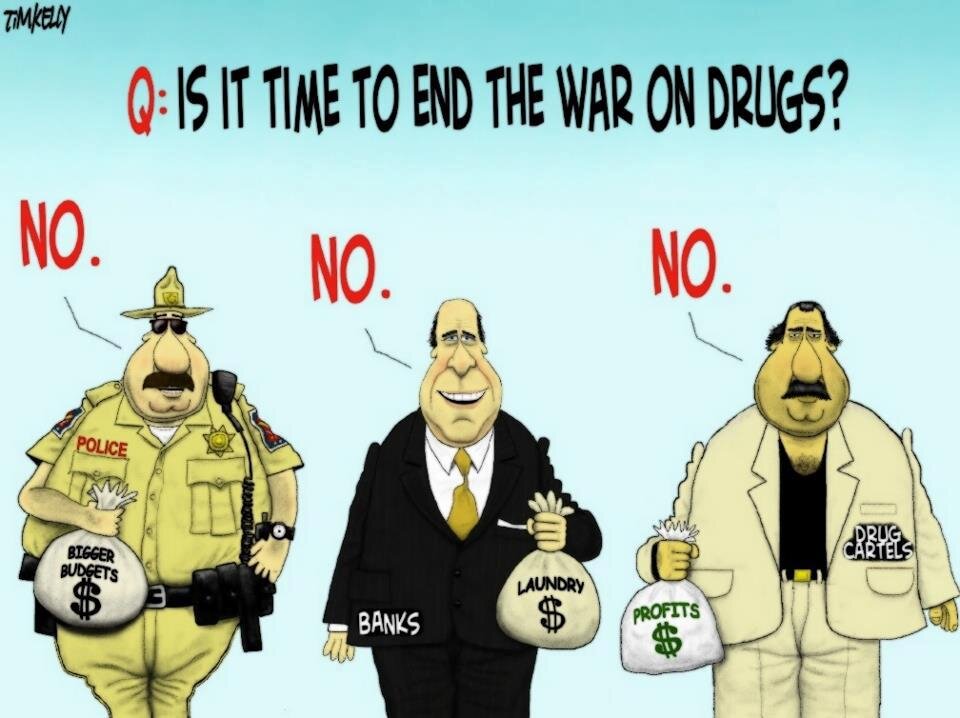 [Note: Someone described the war on drugs as war on poor communities of color. These communities either don’t vote or vote Democrat. If we promise their husbands, brothers, uncles, cousins and sons a pardon, they would have an incentive to switch their vote, but regardless, it is the right thing to do.]Click here for the first installment.