Skip to content
pThe following was submitted by Daniel Correa, he is the Collin County Libertarian Party nominee for Judge of the 416th District Court. For more visit his website at http://www.correaforcollincountyjudge.com 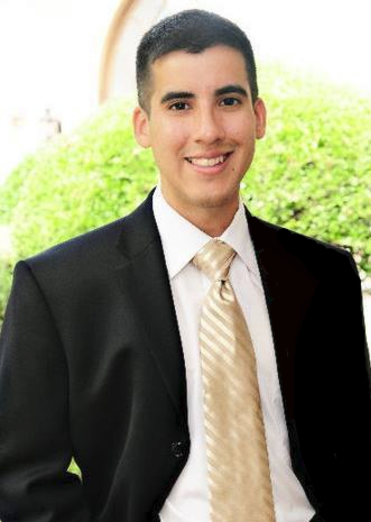 Saturday, I unanimously received the Collin County Libertarian Party nomination as its candidate for Judge, 416th District Court, Collin County, Texas. I am humbled by the confidence the Libertarian Party has placed in me and my candidacy.I expected that I would be able to release a fully articulated judicial philosophy for public view. But I have not been able to draft what I intended due to other commitments. I expect to provide the information soon.For now, I will leave everyone with this:The history of jurisprudence has focused on justifying a distinction between the political and juridical. The aim of Anglo-American Jurisprudence has been to explain why a single judge is or handful of judges are left to and/or should resolve citizens’ disputes over the application of law, and why it is desirable to allow this single judge or handful of judges to modify, refine, or elaborate the legal norms that purportedly govern these citizens, as opposed, that is, to a legislature.Most people view courts as merely law-applying institutions, not as law-making institutions. This viewpoint is not due to any naivety on the part of the citizenry, but is the result of a conscious effort by those persons internal to the law-making apparatus, namely, lawyers, judges, and politicians. A contradiction is created: the judiciary is presented as solely a law-applying institution, but in practice judges consciously (and sometime unconsciously) engage in law-making. There is power in this contradiction, for if the people are confused or mystified about the way laws are actually made, then they easily can be led as sheep to the slaughterhouse.

Free people need to understand this fact in order to confront it. Whether it is an acceptable fact, I submit, should be one of our primary jurisprudential concerns. But first, consider how the problem arises.In most instances, a judge will be faced with a case that squarely fits within the “letter of the law.” (I use the phrase, “the letter of the law,” to mean ratified constitutions, enacted statutes, duly passed regulations, and already existing case law.) The rule is clear. The facts apply clearly and unambiguously to the rule. The facts and law alone clearly point to an outcome. All a judge must do is render the decree.The problems of jurisprudence arise when the law is not clear or where it is ambiguous on its face, and when the facts do not clearly and unambiguously fit within the “letter of the law.” In the face of uncertainty, a judge must render a decision.The philosophy of judicial restraint cautions that deciding a little in the gray area might be deciding too much. Better, in that instance, to leave the decision to clarify the law to a legislature, as a legislature is better equipped to consider all the relevant public policy issues that bear on the particular law or would-be law. A judge committed to judicial restraint would, under these circumstances, create a rule of thumb: Where the law is unclear or the facts not clearly and unambiguously within the letter of the law, defendant wins.Other judges might not want to take such a rigid stance, viewing their role as something more than an administrator or scrivener. There are many legal philosophical positions that touch on the role of judges who wish, desire, or consider it a duty to contribute to modifying, clarifying, or elaborating on substantive law. Some legal theories hold that morality and principles of justice should inform a judge’s decision in uncertain cases, cases where the letter of the law is unset, ill-defined, or in other ways un-liquidated. Other legal theories hold that only legal considerations may bear on a judge’s decision: For example, if a statute is unclear or ambiguous, a judge might look outside the text of a statute to the “intent” of the enacting legislature.I submit the following for everyone to consider: A democratic political system adheres to the principle that the people have the final say on what the law is; a democratic political system also adheres to the principle that anything that aspires to the status of “law” must be imbued with an ethos of equality of participation. How does a judge or handful of judges deciding alone what the law is comport with the democratic principles just mentioned?