Skip to content
by Laura Valle, LPTexas delegate to the National Convention
Starting May 27 in Orlando Florida, 997 delegates of the National Libertarian Party from all 50 States gathered to choose a Presidential and Vice Presidential candidate. It was the largest convention in the party’s 45 year history. In addition to nominating former New Mexico Governor Gary Johnson as candidate for President, his pick for VP former Massachusetts governor William Weld won the nomination in a very close race. It was a hard fought campaign, with more political news coverage in the months running up to the convention than has been seen in many years. In addition, this year’s convention will go down in history as a break-through year for mass media attention to the Presidential race. 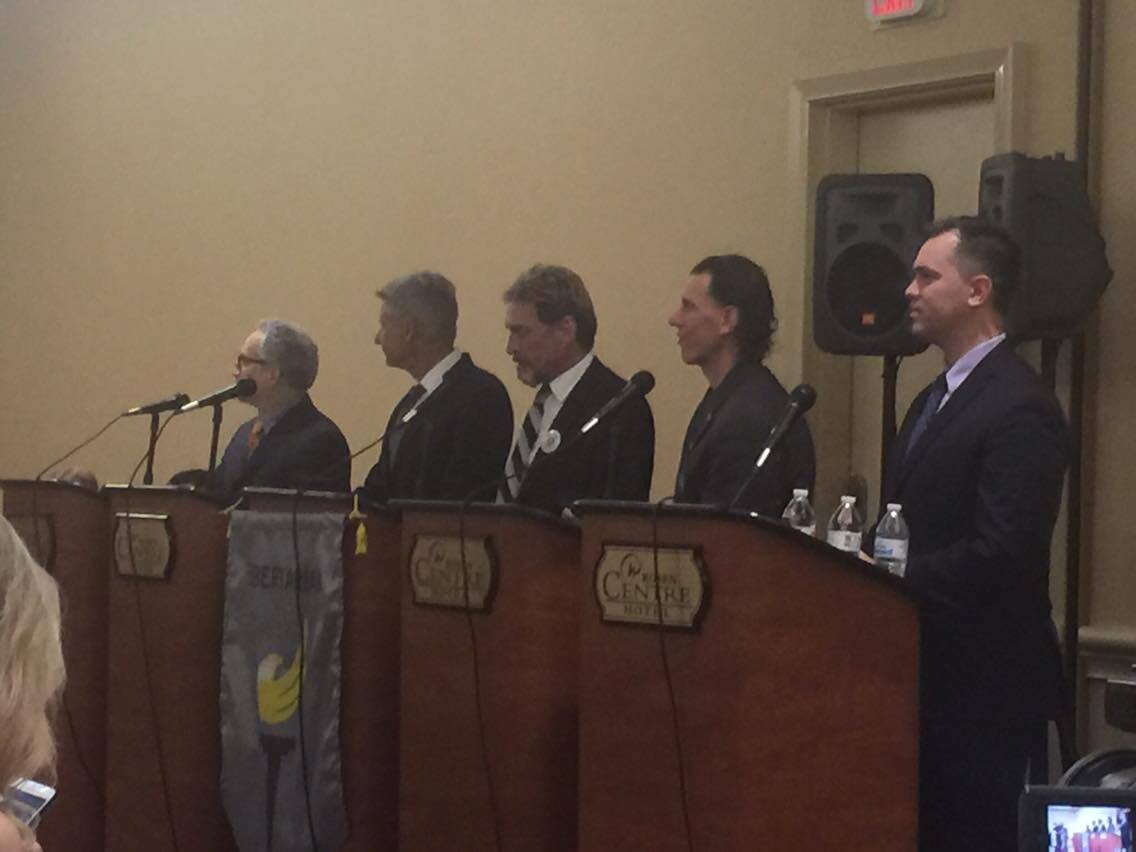 This year will be the first time we have not just one but two former elected officials at the top of the LP ticket,with more governing experience than either of the two other party candidates. A large part of the success of this convention was due to the passion and talents of all of the candidates and their supporters. Austin Peterson and John McAfee were Governor Johnson’s two closet competitors, both of whom showed a masterful skill in staying on message throughout their campaigns. In the last few weeks before the start of the convention, memberships and inquiries have been spiking up as many more Americans are coming to realize the harsh reality of the two choices being served up to them by the two old parties. It has become all too painfully obvious how little these candidates represent the views of the majority of the American people.
The message is simple. Less government and more freedom. Some of you have been working towards this goal for over 40 years. During his nomination speech Governor Johnson made a heartfelt appeal to the delegates. He recognized the years of hard work and dedication so many have put into growing the Libertarian party. He asked us all to trust him. He asked us to let him be our spokesperson, to carry the message of Liberty to the rest of the world.
Because of the hard work of all the LP staff members and volunteers, veterans and newcomers alike, we seem to be perched on a precipice, about to launch into soaring new heights. The foundation was laid years ago, upon which we now must stand and launch this party to a whole new level of success. More than ever now, the grassroots work of organizing at your local precincts, to support all of our candidates at every level will be needed.
There were many times this weekend, as I assisted the National LP staff as a volunteer at the media desk, that I felt as though I were in the middle of a dream. I may have slept about two to three hours every night for the last 5 nights. It truly felt surreal at times as I watched the throng of reporters and video crews following our three leading Presidential candidates around the hotel.
Ben Farmer, the Communications Director for LPTexas recently asked “Where were you when the world changed?” I hope all of you were watching the news this weekend and felt a leap for joy in your heart, when you heard things like “Libertarian President” and “3rd party candidate has a real chance this year”.  We have something truly beautiful to share with the world. The idea of freedom. Like the flame on the new national logo, a spark has been lit. It’s time to fan the flames.