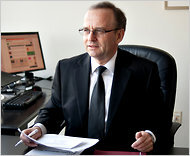 Written by Albert Meyer, Collin County Libertarian Party member. His also the Founder, President, and Chief Compliance Officer of Bastiat Capital. Currently, the total market capitalization of the S&P 500 is approximately $10.6 trillion. Assume the index trades at a price-to-earnings ratio (P/E) of 20. Bear market pundits believe that the P/E on the S&P 500 is about 25, while the bulls use P/E’s as low as 16 to justify their bullishness. Earnings estimates come in various shapes and sizes as each constituency seeks to modify reported earnings as calculated and reported under generally accepted accounting practice (GAAP). A P/E of 20 is an acceptable compromise.If we stick to our 20 P/E multiple then these 500 companies that make up the S&P 500 index currently generate earnings of approximately $530 billion ($10,600/20). The government collected $352 billion in corporate taxes in fiscal 2015. If we assume that about $212 billion pertains to the S&P 500 companies, this would equate to an effective tax rate of 28.5%. The statutory rate for corporations is 35%. If the government were to cut their tax burden in half it would add $2.120 trillion to the combined market cap of the 500 largest companies in the US, i.e., increase their market value by +20%. Libertarians would argue that the corporate tax rate should be zero (miracles take a little longer), in which case we could add approximately another $4.240 trillion to the market capitalization of these 500 companies.

How does this work on an individual level?

Look at Charles Schwab, a company that generates all its revenues here in the US. The company earned $1.16 per share over the past 12 months. At the current stock price of $31.97, the company’s stock trades at a P/E of 27.5. It has a market capitalization of $42.3 billion. Schwab’s Federal taxes in 2015 amounted to $734 million, which equates to an effective tax rate of 32.2%, or 92% of the statutory rate of 35%. (The company also paid 2.6% of pre-tax income in State taxes.) If we assume a corporate tax rate of, say, 15%, all things being equal, Schwab’s effective tax rate would be 13.8%, and its Federal taxes would amount to $314.5 million, which would add $419.5 million to its bottom line. If we multiply $419.5 million by a P/E of 27.5 it comes to $8.390 billion. If we add this to the company’s current market capitalization, we get $50.690 billion, or a +19.8% increase in the company’s market value. This is more or less in line with our analysis above on the S&P 500 as a whole.Corporate taxation destroys wealth. As most Americans have some exposure to equities, we are robbing ourselves when we tax these engines of wealth, jobs, innovation and progress. Don’t expect anyone in Congress to follow this logic.