Fair and Equal coverage.  What should be the very foundation of democracy is rigged against any voices from anyone other than the Democrat or Republican Parties.  For starters, the Republican incumbents are simply not interested in exposing themselves in a televised debate.  They have the high ground (strategically not ethically) and they know it.  Whats more, Lupe Valdez has been unresponsive for a very public campaign by Mark Tippetts to be included in the debate.

The following letter to the Editor was submitted  by Jeff Simpson in the Amarillo Pioneer.

“Mark Tippetts will be on the ballot in November and holds wisdom about issues that should qualify him as a serious choice for governor. Mark Tippetts knows that Texans deserve a choice, but we should be allowed to know about our choices.”With the latest news of Governor Gregg Abbott finally agreeing to a debate -spoiler alert its with Geraldo Rivera on Fox News; there has been a renewed sense of outrage by Texas Voters to have all choices included in a debate for statewide offices.  The Austin NPR affiliate KUT reports “Lt. Gov. Dan Patrick Won’t Debate His Challenger(s). But He Will Debate Geraldo Rivera On Immigration”The Austin Chronicle is covering this thumb on the scale move by the duopoly as well in their article “Who Invited the Libertarian.”The Tippetts and McKennon campaign have been very vocal and are asking supporters to get involved on social media platforms. 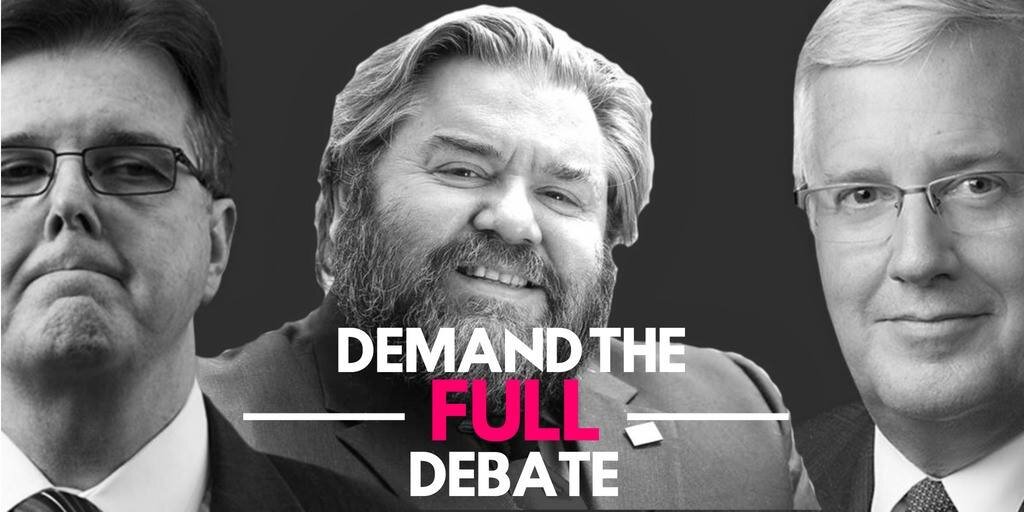 The Kerry Douglass McKennon Campaign is urging all supporters to “Demand the Full Debate, Texas! Dan Patrick agrees to Debate Geraldo Rivera, but he refuses to debate opponents Kerry McKennon or Mike Collier.”  The campaign is urging supporters to reach out to the following;By Telephone:The Texas Lieutenant Governor Comment Line: (512) 463-5342The Texas Lieutenant Governor Office Line: (512) 463-0001

Mark Tippetts has been asking for letters, phone calls, and social media blasts and has recently engaged on a Letters to Lupe campaign where supporters send hand written notes to Lupe Valdez and post the picture of the letter going in the mail on social media. 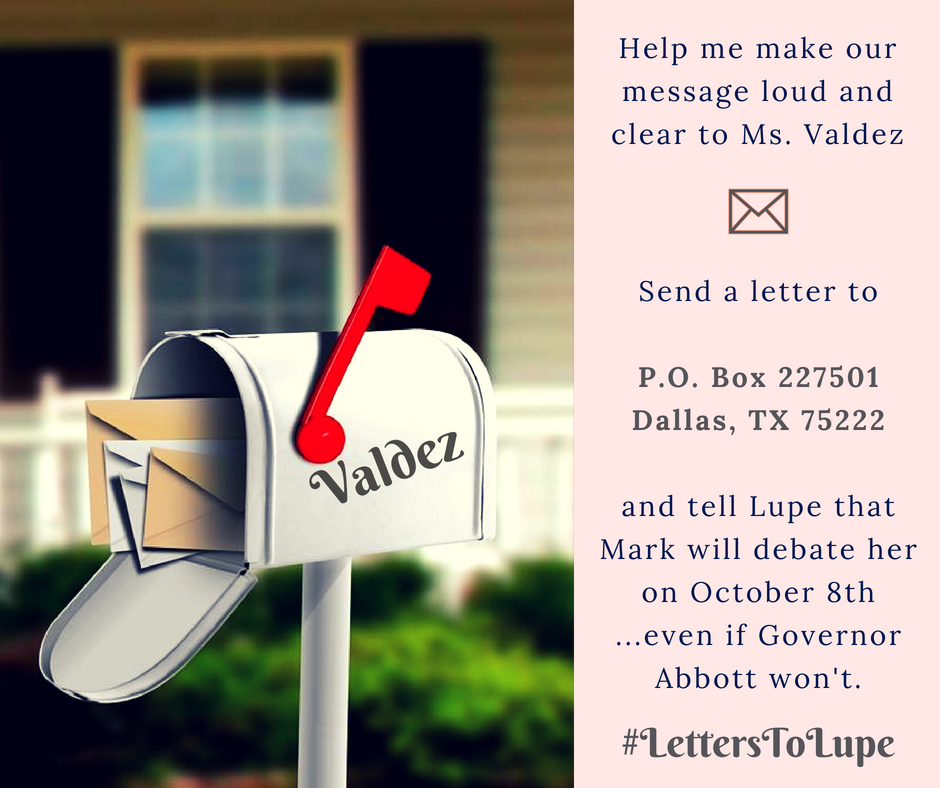 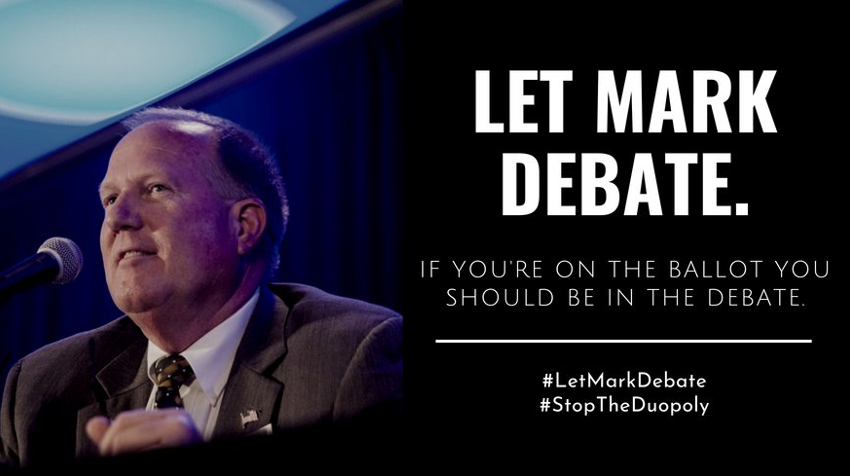 Will you answer this call to action and make some noise wherever you can on including all qualified candidates in the debates?